What Motivates Your Vote? 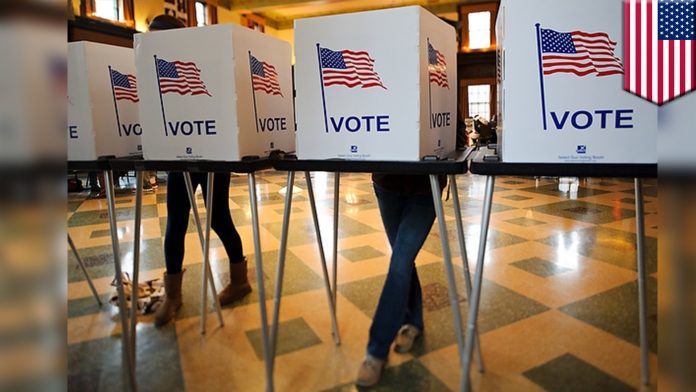 Letters to the Editor, The New York Times

What are the top one or two issues that will affect my vote? If you mean what makes me cry hardest, scream loudest and gives me the most sleepless nights, that would have to be climate change. Because climate change deniers refuse to see the melting of Arctic ice and the warming of oceans as precursors to catastrophe, humanity (and plant and animal life) will end much sooner than anyone wants to believe.

Because climate change affects the whole world, I believe that it takes precedence over my second most important issue: health insurance for all in America.

Let’s elect people who are dedicated to saving our planet. If we do not, there will be no people left to insure.

Campaign finance reform is the most important, and most overarching, issue. Our government, at nearly every level, unabashedly serves the interests of corporations and the wealthiest donors, rather than the interests of voters. We will never solve issues like global warming, poverty, education and access to affordable health care as long as our Congress is owned and operated by the highest bidders.

This is one of the most important elections in our nation’s history. It isn’t about issues. It isn’t about political parties. It isn’t about abortion, global warming, monetary policy, immigration or trade. It is about values, character and how we think about things, both as a society and as individuals. Shall we embrace hatred, fear, insularity and incivility, or shall we embrace the challenge of attempting to make our society and ourselves better? That is the real question this election poses, in every contest in every precinct, parish, city, village and state.

Hatred, fear, insularity and incivility are the Four Horsemen of today. We cannot improve anything if those are the tools that we bring to bear. Those can only destroy, and they destroy those who wield them as surely as those against whom they are employed.

Look at our political campaigns and our candidates — from all parties. Behold the degree to which they employ the Four Horsemen to attract votes. They do that because we succumb to it; they prey on our weakness, and we reward them for it.

This election isn’t about issues. It is about us.

My vote will be focused on immigrant and refugee justice and religious tolerance. I am a first-generation American. My family were Jewish immigrants from what are now Belarus and Poland in the early 20th century. My father just made it through before the 1924 national origin quota — a racist, anti-Semitic, ethnocentric policy aimed at keeping this country white and Christian — closed the gates to much of the rest of my family.

I believe that this nation benefited from the rainbow of cultures and skin tones. There is no patriotic rationale for the cruel nationalistic and I believe racist and Islamophobic policies that are coming out of this administration, other than making America all white and Christian again. For me the existential question of who we want to be as a society will determine which candidates and ballot issues I will support in November.

For me, one issue is paramount: the need to restore integrity, accountability, a commitment to the rule of law as well as civility in our culture. In short, I want to see a more honorable country for my grandchildren to grow up in. One specific issue stands out: the destruction of our environment — through decimating the professional ranks of the Environmental Protection Agency; elimination of safeguards protecting the air we breathe and the water we drink; and the continued, obdurate denial of climate change and refusal to work on solutions.

I live with several chronic health conditions, and my daughter has cystic fibrosis, so access to health care is literally a life-or-death issue for my family. Recent medical advances have added decades to the life expectancy of people living with C.F., which means my daughter has a good chance at living a long, full life. Thanks to new medications, I have hope that my daughter will graduate from college and raise a family of her own.

However, those dreams can become a reality only if my daughter has access to specialized medical care. Her life literally depends on having affordable, comprehensive health care regardless of her age, income or health status. As important as issues like the economy, immigration, abortion and civil rights may be, I will never vote for someone who will put my daughter’s life at risk. Instead, I will vote for candidates who will fight for my daughter’s right to not only live, but to thrive.

Medicare and Social Security. Because pensions seem to be largely a thing of the past and because medical costs are so high, these two programs are essential to the financial security of retired Americans. I believe that increasing the retirement age and/or cutting benefits would be immoral and cruel.

College affordability. To put it simply, a college education today is far, far too expensive. My generation was the last to enjoy access to an affordable college education. And I believe that a good education is the best gift that we can pass on to those who follow us.

Finally, we must improve and preserve the Affordable Care Act because the United States should have the most affordable and effective health care system in the world. Period.

I want to see a complete end to illegal immigration, by any means necessary. I want to end chain migration and to bolster merit-based immigration.

When I cast my ballot this November, the top issue for me will be how candidates plan to enact and enforce legislation, policies and programs that end discrimination and violence against women, and promote gender equality in all domains. Globally, about 35 percent of women, or 1.3 billion females, have experienced physical and/or sexual violence in their lifetime.

As a gender expert and an assault survivor, as a woman of color and a patriot, the #MeToo and #WhyIDidntReport movements have emboldened my resolve to fight for dignity, respect and fairness to be accorded to the half of humankind that has historically been marginalized. While women’s rights have improved dramatically in the United States over the past few decades, the responsibility to guarantee full human rights to all women — especially women of color, Muslim women, queer women, Native women and women with disabilities — remains unfulfilled. For me, a candidate’s support for women’s rights is critical.

Zahra N. Jamal
Houston
The writer has taught gender studies at Harvard, M.I.T. and other universities.

Issues that will affect my vote? Climate change.

Because anything else that we get wrong, we can revise in 10 years. But not this one.