One Muslim's Take on Soul Food 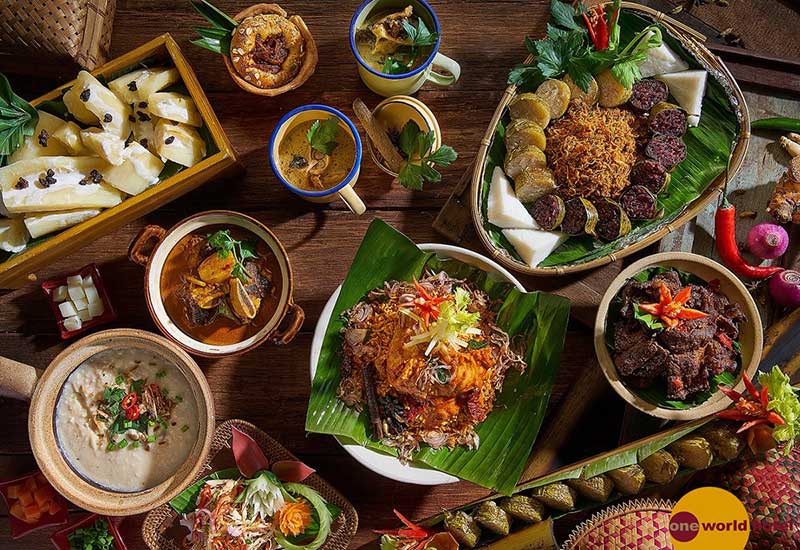 Across multiple faiths and philosophies, one finds common ethics - gratitude for our daily bread, generosity and compassion for the weak, humility when sustenance is abundant and faith when it is not. In examining Muslims' relationship to food, we find that their religion is far more than dietary restrictions, like abstaining from pepperoni pizza and beer.

Below, I offer five ways in which Islam’s food practices are deeply spiritual, environmental and moral acts that enable the subordination of the ego, the cultivation of communal life and identity, and the individual’s connection to the creator and to creation. First, from a Quranic perspective, we may surmise that the purpose of life is to return to the divine origin and to leave this world improved through prayer and stewardship, which I view as “food” for the body and the soul, respectively. The world around us, that which is delimited by time and space and referred to in Islam as duniya, is believed to be a gift of God, a bridge to and a preparation for the life to come. As His vicegerents on Earth, our ultimate worth depends upon our response to divine favors, such as the body, the mind, the soul, time, knowledge and material wealth. In Islam, one acquires food, wealth and other resources to benefit all of creation, not just himself or herself.

The question motivating Islam’s social conscience is not only “What have I achieved?” but also “What have I helped others achieve?” Indeed, God warns against excess, “Eat and drink but waste not in extravagance, for God loves not the wasters” (7:31). For example, the Islamic Declaration on Global Climate Change, created by some 20 Muslim leaders from across the globe in

August 2015, called for a green economy, including food security, the rapid phase- out of fossil fuels, the dramatic reduction of greenhouse gas emissions by 2050 and a 100 percent renewable energy strategy. The leaders asked, “What will future generations say of us, who leave them a degraded planet as our legacy? How will we face our Lord and Creator?"

Second, we learn from the Sunna that Prophet Muhammad’s (salla Allahu ‘alayhi wa sallam) compassion for the ill and the hungry, regardless of their character or creed, demonstrates how breaking bread enables interfaith fellowship. This credo is beautifully illustrated in what we might consider an Islamic “good Samaritan story,” in which the Prophet’s family fasts for three days to cure his gravely ill grandchildren, Hassan and Hussein. His daughter Fatima, her husband Ali (radi Allahu ‘anhum) and
the two sick boys are about to eat their first

meal after sunset when a beggar asks them for food. They give him all they have. The second and third nights bring a starving orphan and a newly released prisoner look- ing for food, respectively. They give both of them all they have. On the third night, God sends a revelation to the Prophet: “They feed out of love for God, the needy, the orphan and the prisoner. They say, ‘We feed you only for the sake of God. We desire from you neither reward nor thanks’” (76:8-9).

Third, reflecting on the Muslims’ key religious holidays, like Nawruz, Ramadan and the hajj, we see how food plays a role in connecting a community of believers, nourished by God. Nawruz, Farsi for “new day,” marks the new year and the equinox for Perso-Islamic, Zoroastrian, and other faith and cultural communities globally. Believers across faith traditions often dis- play the haft-seen, a tabletop with seven symbolically significant foods — wheat, dried olives, sweet pudding, garlic, apples, sumac berries and vinegar — that “represent spiritual recommitment and gratitude for the rebirth of vegetation.”

During Ramadan, the ummah is linked through shared experiences of fasting from food and water, as well as from vices like greed and jealousy, from sunrise to sunset; increasing charitable works; reading the entire Quran over thirty days; and commemorating God’s first revelation to Prophet Muhammad. Many break their fast with a date, thereby following his example. Communal iftars of Muslims and non-Muslims are becoming increasingly common in this country and elsewhere to enable religious literacy and celebrate diversity. Additionally, soul food, like halal jerk chicken or the halal taco and tamale food trucks frequented by Latino Muslims and their neighbors, reflect the growing conversion rates.

And during hajj, the world watches as some 3 million Muslims collectively reenact the physical and spiritual journey undertaken by Prophet Abraham and his family — his wife Hajar and son Ismail (radi Allahu ‘anhum). Through a series of communal rituals, we witness lines of racial, socioeconomic and sectarian dif- ference fade, just as Malcolm X famously observed during his pilgrimage in 1964. On the final day, Eid al-Adha, the distribution of meat from a sacrificed animal among family, neighbors and the poor connects believers as a family of submitters to God’s mercy. This holiday’s commemoration of Abraham’s willingness to sacrifice his beloved son is a story shared among the Abrahamic faiths, although the son to be sacrificed is Ishmael in the Islamic tradition and Isaac in the Judeo-Christian tradition.

Fourth, while exploring the histories of Muslim communities, we discover that from the 8th to the 15th centuries the Moors globalized their practices of ecological bal- ance, environmentalism and agricultural advances by transcontinental trade and travel, thereby impacting food production, consumption and commodification for the benefit of all. Muslim farmers created aque- ducts through deep ravines and improved the pre-existing Roman irrigation system to address local starvation. Scholars of var- ious creeds led the knowledge society of their time with cutting edge research on soil types, water procurement, nutrition and the maximization of agricultural productivity. The fruits of their labor were made available to all. The Umayyads of Spain, like other Muslim societies, considered education an important Islamic ethic. As a result, women, the lower class and non-Muslims were given the opportunity to attend free schools on paved, lit roads and to enjoy more than 70 public libraries. Such amenities would not be available in Europe for another thousand years.

Fifth, in the contemporary context, we know that several Muslims inspired by their faith have founded civil society organizations to address hunger, poverty and other global challenges. According to a 2015 report of the Food and Agricultural Organization of the United Nations, nearly 800 million people globally are “food insecure,” meaning they lack reliable access to enough afford- able, nutritious food. Abdul Sattar Edhi (1928-2016) known as the “angel of mercy,” founded The Edhi Foundation (https://edhi. org) to lower this number among the poor in Pakistan via food pantries, schools, hospitals and orphanages. In recent years, massive flooding, energy shortages, conflict, inflation and rising food prices have driven even the middle class to solicit free food from his shelters. Before his demise in 2016, Edhi had personally adopted 20,000 orphans, raised $100,000 for groceries for victims of Hurricane Katrina in 2005 and sent food aid to victims of the Ethiopian famine of the mid-1980s.

Another exemplar is Karim Aga Khan, 49th hereditary Imam of the world’s 25 million Shia Ismaili Muslims, a direct lineal descendant of Prophet Muhammad through his cousin and son-in law Ali and daughter Fatima. As part of his institutional mandate as Imam, a position he has held for 60 years, he founded the Aga Khan Development Network (AKDN; www.akdn.org) to improve the quality of life for the world’s poor people. Its partnerships with the U.S. Department of Agriculture, Tajikistan, the World Bank and others have been crucial in providing human- itarian relief and increased food security in post-Soviet Tajikistan from 15% in the early 1990s to 70% in the early 2000s.

In Islam, food, like health, is a divine gift to be cared for, nurtured and shared for the betterment of society. From Prophet Muhammad and Ali to the Moors, from hajj pilgrims to Eid celebrants, and from Abdul Edhi to the Aga Khan, we find people of faith inspired to strive for social justice. They show us that in the two touchstones of the faith, the Quran and the Sunna, and throughout Muslim history to contemporary times, the intersection of food and faith has been — and continues to be — a deeply spiritual, moral and socially just set of practices that sustain the body and the soul, diminish the ego and create community.