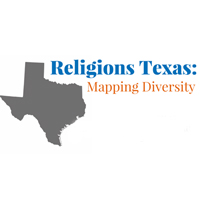 As the second largest, second most populous, and fastest growing state in the country. It is among the top three destinations for new immigrants, primarily from Latin American and Asian countries. The state no longer has an Anglo majority, and its largest city, Houston, now ranks as the most ethnically diverse city in the nation. While Texas is well known as home to the largest number of evangelical Protestants in the US, it also has the largest Muslim population and the second largest Hindu population in the country. Yet, few resources exist that document the breadth and depth of Texas’s religious and cultural landscape.

A joint initiative of the University of Texas at Austin Department of Religious Studies and the Institute for Diversity and Civic Life, Religions Texas documents and maps the geographic, social, and cultural space that is Texas.

The Boniuk Institute is collaborating with the Southwest Region of the American Academy of Religion on this research initiative to digitally map and document the religious diversity of Texas.